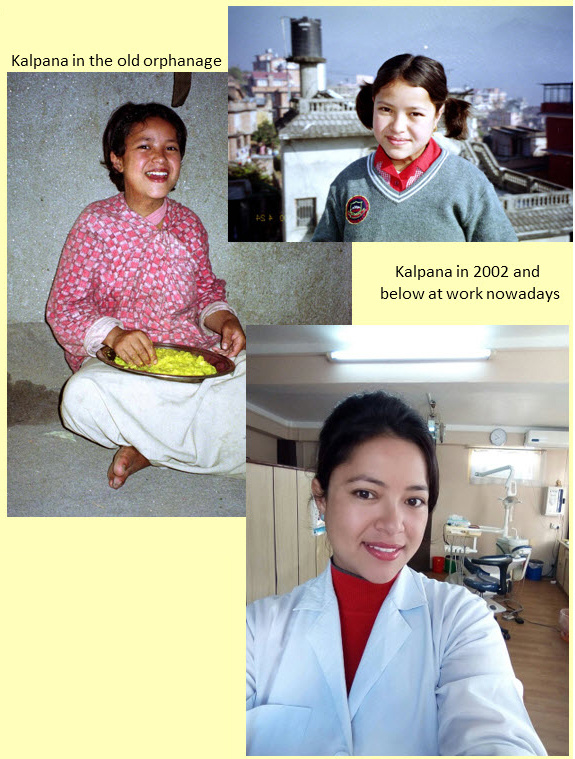 One of our first orphans, Kalpana is now a wonderful young woman, very kind and affectionate, and often acting as a little mother to the younger children.

She endured a very hard life before arriving at LBU. Her father committed suicide when she was eight years old and her mother became very depressed, started drinking alcohol and died one year later.

After the death of their parents, Kalpana and her younger brother Krishna stayed with an uncle for 18 months. A simple farmer with children of his own, he accepted an offer from a refuge in Kathmandu to take care of the children.

Unfortunately, this refuge was a shameful place. The children, as witnessed by Florence Krief during her work there as a volunteer, were malnourished, often beaten and were not enrolled in school. Kalpana stayed there for nearly 18 months until she was taken back by an aunt, who decided to reunite her with her brother at LBU.

Originally, Kalpana had little opportunity to go to school. On her arrival, we enrolled her in class I. It was not easy for her because she was much older than the other children in her class and she is also very dyslexic.

Kalpana worked hard and we supported her every step of the way. She managed to pass her class 10 final exam (equivalent to GCSE) and after a further three years of study, she is now a fully-trained dental hygienist. 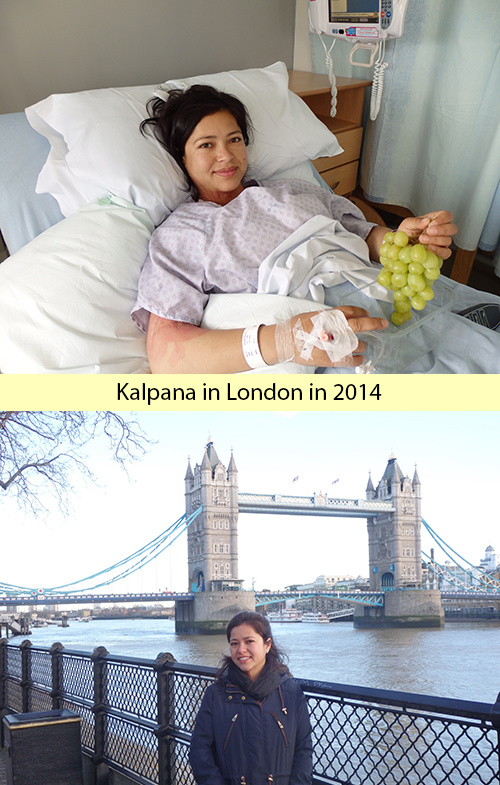 When she was seven years old, Kalpana suffered third-degree burns over nearly half of her body, following an accident with boiling water.

In early 2002 she underwent reconstructive surgery to release a burn contracture and, in September the same year, a Nepalese surgeon performed additional surgery to improve the mobility of her arm and neck. However, the intervention was not wholly successful and Kalpana ended up with more scars.

We then decided that she should have her next operation in London. This took a few years to organise.

To start with one of our trustees approached Dr David Gateley who is an eminent specialist in reconstructive surgery. In 2012, he went to Nepal to examine Kalpana and suggested different types of interventions to improve her mobility and the appearance of her scars.

Kalpana underwent a very successful operation which rebuilt her confidence. 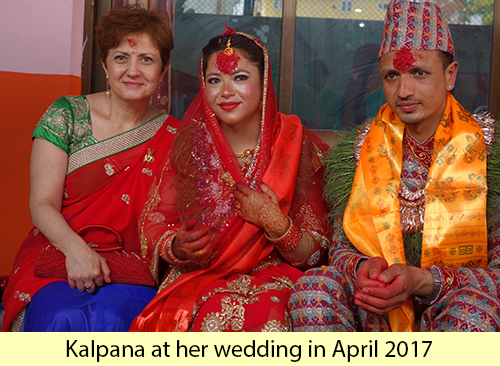 This whole process did not cost CAN anything as one of our trustees paid for Kalpana's trip and stay in London, and above all we were extremely fortunate that Dr David Gateley waived his entire fee and also we did not have to pay for Kalpana’s stay at St George’s Hospital in Tooting in South London.

Kalpana got married in April 2017 and is now living with her husband.  One of our trustees is still supporting the young couple so that they have a good start in their life together.